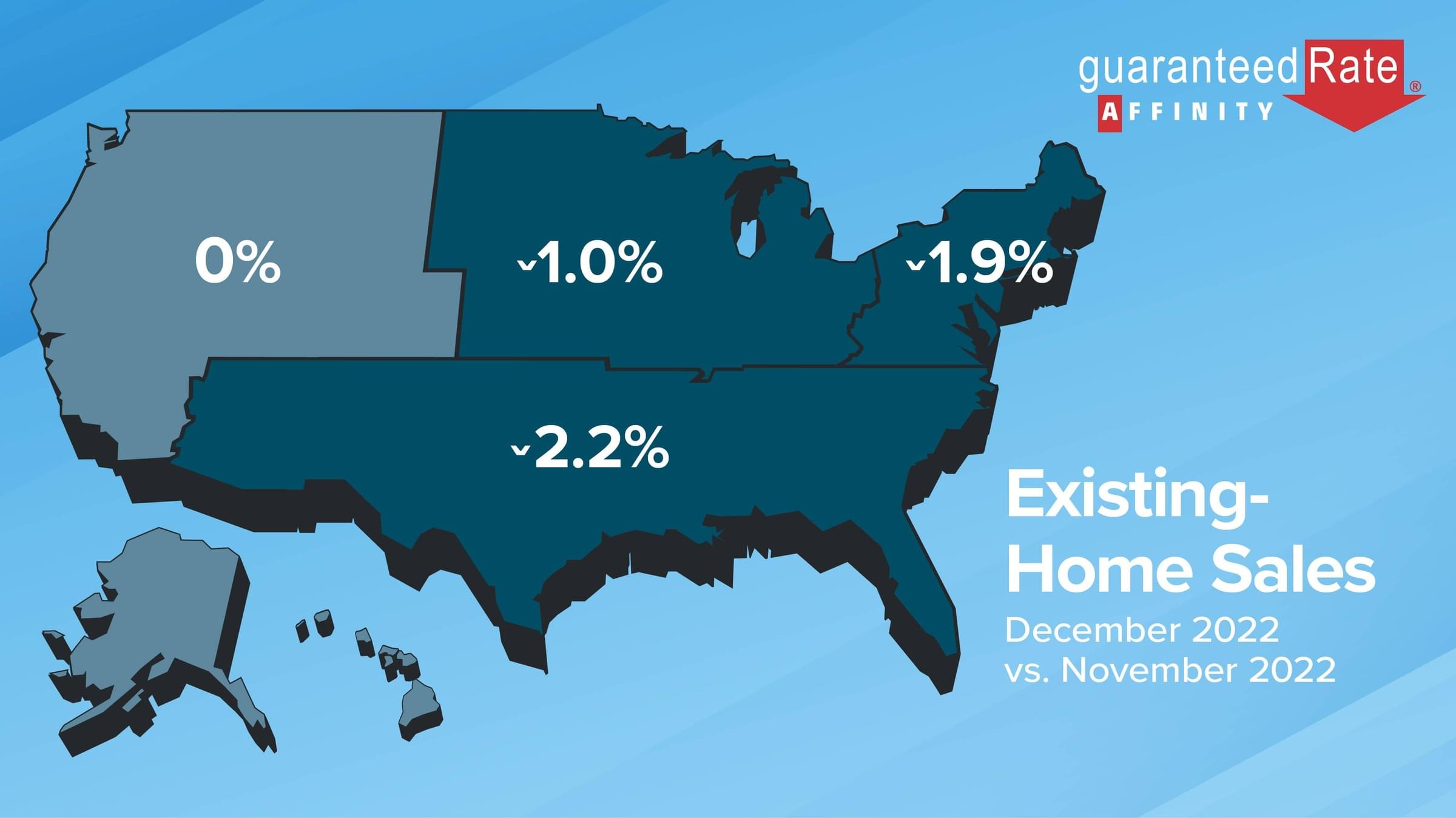 All four regions saw declines in existing-home sales activity in December from the year before, but activity was similar to where it was in November, if slightly lower:

“December was another difficult month for buyers, who continue to face limited inventory and high mortgage rates,” said Lawrence Yun, Chief Economist at NAR. “However, expect sales to pick up again soon since mortgage rates have markedly declined after peaking late last year.”

Have we hit bottom and poised to move up?

It’s notable that purchase activity was only slightly down from November, during the slowest month of the year. As rates have been hovering in the mid-6% range for much of December, it feels like more buyers were in the market than would be expected. Overall, existing-home sales reached 5.03 million in 2022, which was down 17.8% from the heyday of the pandemic-fueled housing market of 2021.

The median single-family home price in December came in at $366,900, slightly lower than the $370,700 mark in November. This was the sixth straight month of home price decreases, good news for home affordability. This marks an increase of 2.3% from December 2021, an amazing 130th consecutive month of year-over-year increases.

"Home prices nationwide are still positive, though mildly,” Yun notes. “Markets in roughly half of the country are likely to offer potential buyers discounted prices compared to last year.”

Housing inventory was down 13.4% from November at 970,000 units. However, that is up 10.2% from December of last year. That represent a 2.9-month supply of unsold inventory at the current sales pace, up from 1.7-month supply in December of last year. Properties are sitting on the market for 26 days on average, up from 24 days in November and 19 days from December 2021. That’s great news for buyers who won’t have to deal with a highly competitive market like they saw over the last few years.