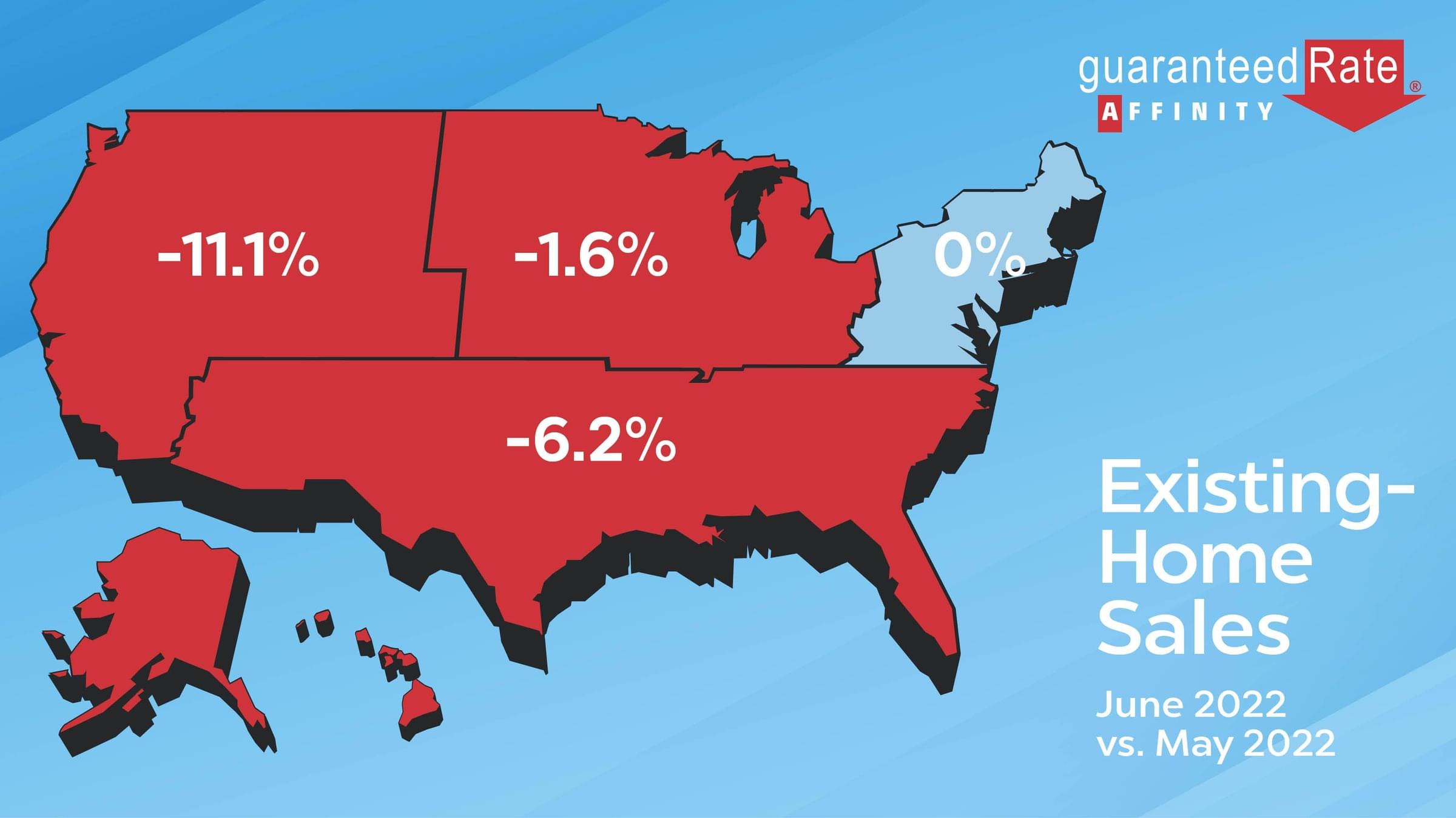 From May to June, existing-home sales dropped 5.4% nationally, marking the fifth straight month of negative contract activity. June’s total existing-home sales fell to a seasonally adjusted annual rate of 5.12 million. These numbers represent a drop of 14.2% from June 2021, according to a report from the National Association of Realtors® (NAR).

The main culprit for these numbers seems to be the rising monthly cost of owning a home. "Falling housing affordability continues to take a toll on potential home buyers,” said Lawrence Yun, Chief Economist at NAR. "Both mortgage rates and home prices have risen too sharply in a short span of time."

Three of the four regions saw a drop from last month, with the Northeast holding tight to the previous months numbers. All four regions were down from last year, however.

Reasons for optimism in inventory

Despite the rather disappointing numbers, there is good news in the housing inventory numbers. For too long, there have been too few homes for sale, and that has pushed the prices of the homes that are for sale up. And while the median existing-home price for all housing types in June went up 13.4% to $416,000, a new record, the amount of unsold inventory went up as well.

Finally, there are more homes on the market," Yun added. "Interestingly though, the record-low pace of days on market implies a fuzzier picture on home prices. Homes priced right are selling very quickly, but homes priced too high are deterring prospective buyers."

Keeping an eye on rates

As anyone who’d paid even the slightest bit of attention to the housing market over the last few months could tell you, the big driver of the pace of activity has been mortgage rates. In June, the average commitment rate for a 30-year, fixed-rate mortgage was 5.52%, according to Freddie Mac. That was up from 5.23% in May, and much higher than the yearly average for 2021, 2.96%. These higher rates, though historically not out of line with where they’ve been over the last couple of decades, are giving potential homebuyers cold feet.