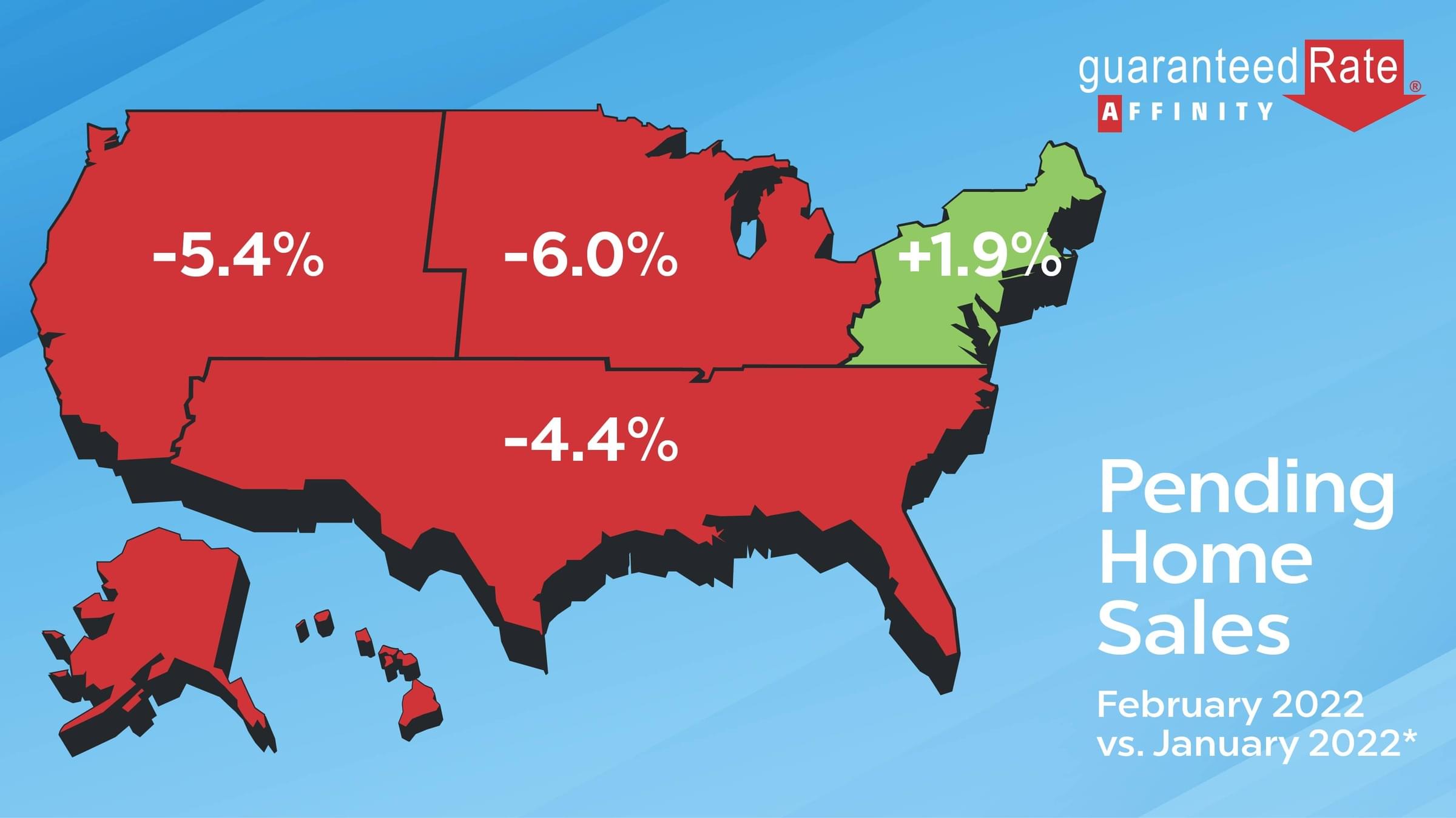 Continuing a disappointing trend, pending home sales contract signings were down nationwide for the fourth consecutive month. Regionally, only the Northeast saw improvements from January, and it was a slight one at that, up just 1.9 %. The National Association of Realtors® (NAR) reported today that not only were pending home sales down on a month-over-month basis, but were also down 5.4% year-over-year.

Anyone who has been paying even slight attention to the real estate market over the last two years will understand what the main driver behind these consecutive months of negative numbers is.

"Pending transactions diminished in February mainly due to the low number of homes for sale," said Lawrence Yun, NAR's chief economist. "Buyer demand is still intense, but it's as simple as ‘one cannot buy what is not for sale.'"

Revisiting the outlook for the rest of the year

Looking ahead, it’s clear that there are three main factors that are going to make buying a home challenging this year:

Taken together, right now may be a better time to be in the market for a home than later in the year if you’re thinking of waiting. The confluence of these three trends can quickly make a huge difference in your monthly mortgage payment if you wait even a few months.

"The surge in home prices combined with rising mortgage rates can easily translate to another $200 to $300 in mortgage payments per month, which is a major strain for many families already on tight budgets," Yun says.

Yun advises caution, noting that it’s more than just the trends around inventory, rates and prices that are changing the market. "It is still an extremely competitive market, but fast-changing conditions regarding affordability are ahead," he said. "Consequently, home sellers cannot simply bump up prices in the upcoming months but need to assess the changing market conditions to attract buyers."

Optimistically, Yun sees the upward pressure on home prices leveling off over the next year. "Home prices themselves are still on solid ground. They may rise around 5% by year's end and we should see much softer gains in the second half of the year." Though we should probably heed his advice and keep a close eye on changing market conditions.

Signings down across the country since last year

Only one region saw an increase in contract signings from January to February, and all four saw signings drop since February 2021. These numbers are based on NAR’s Pending Home Sales Index, a forward-looking indicator based on contract signing, with an index of 100 equating to the level on activity in 2001.