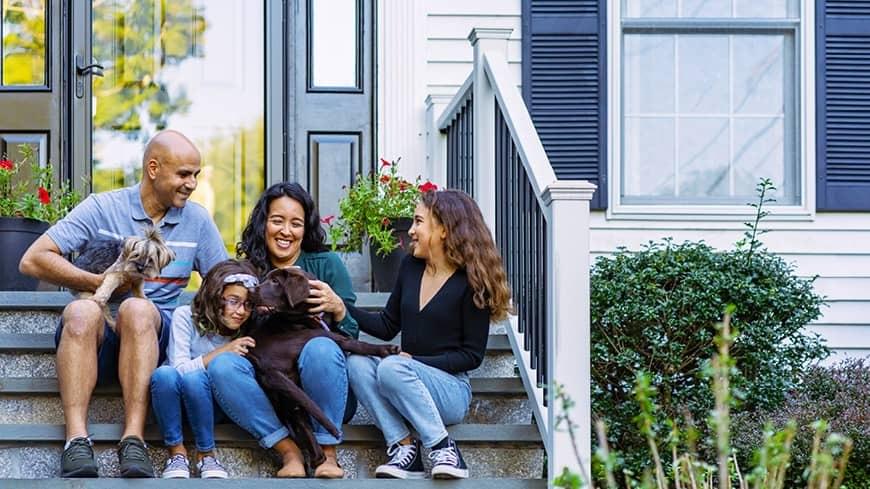 Thanks to a dramatic surge in real estate prices, about 42% of homeowners with a mortgage landed in “equity-rich” territory by the end of 2021, according to ATTOM Data, meaning they had at least 50% equity in their home. That share is up 12 percentage points from the previous year.

Equity is the difference between the current value of a property and the amount owed. Owners can tap into their equity to get access to cash or credit for home improvements and other expenses. Or they can leave it alone and hope home prices hold steady or rise further before they decide to sell.

According to a CoreLogic analysis, the average mortgage borrower gained about $55,300 in home equity last year, driven by an 18% jump in national home prices. Collective homeowner equity rose by 29%, or about $3.2 trillion.

The overall increase in homeowner equity also led to the lowest level of underwater mortgages in more than a decade. About 380,000 homes moved out of negative equity territory by the end of 2021.

Where the biggest equity winners live

Homeowners in Hawaii, California and Washington state saw exceptional equity growth, with average increases of $128,300, $117,000 and $95,500, respectively, according to CoreLogic.

Homeowners in North Dakota, Washington D.C. and Iowa weren’t as lucky: Each had an average annual equity gain of less than $20,000.

The data suggests that homeowners in places with above-average housing prices typically experienced the biggest gains in equity—with the exception of Washington D.C. What happened there? Home values have risen more modestly in the nation’s capital. Zillow reports a 5% home value increase in Washington D.C. in 2021, compared to a 21% increase in California and Hawaii.

In Texas, a hotspot for homebuyers during the pandemic, the average equity gain on a mortgaged home was $45,000. That’s lower than the national average, but perhaps it’s due to cheaper inventory. Prices are up nearly 18% year over year in Texas, according to Redfin, but the median cost of a single-family home is on par with the U.S. at around $345,400.

A separate ATTOM Data analysis suggests that much of the growth in Texas is driven by one city. Out of 106 U.S. metropolitan statistical areas with a population greater than 500,000, Austin had the highest share—about 70%—of equity-rich homes.

ATTOM Data also ranked 8,651 ZIP codes in the U.S. by their share of mortgaged homes considered equity-rich at the end of 2021. Communities in Austin took six of the top 10 spots and 13 of the top 25 spots.

The frustrating truth about home values—and by extension, equity—is that there’s a limit to how much control a homeowner has over its trajectory.

Americans assume real estate is a solid wealth-generating asset, and it can be. But substantial and steady appreciation isn’t a given—location and market forces play a big role.

A handy tool from the National Association of Realtors estimates how much equity the typical American homeowner could have gained over time, based on a 30-year fixed mortgage with a 10% down payment.

Through a combination of mortgage payments and home price appreciation, someone who purchased a median-priced home in 2011 could have gained $229,400 in equity by the end of 2021.

Compare that to someone who purchased a median-priced home in 2006, who could have gained about $197,500 in home equity by the end of 2021. Despite owning their home for longer, their equity share is more than $30,000 less. The earlier buyer, of course, weathered the ups and downs of the Great Recession.

Luckily for today’s homeowners, serious depreciation is unlikely to occur in the near future. Experts predict prices will keep increasing, though at a slower pace, through the end of 2022.