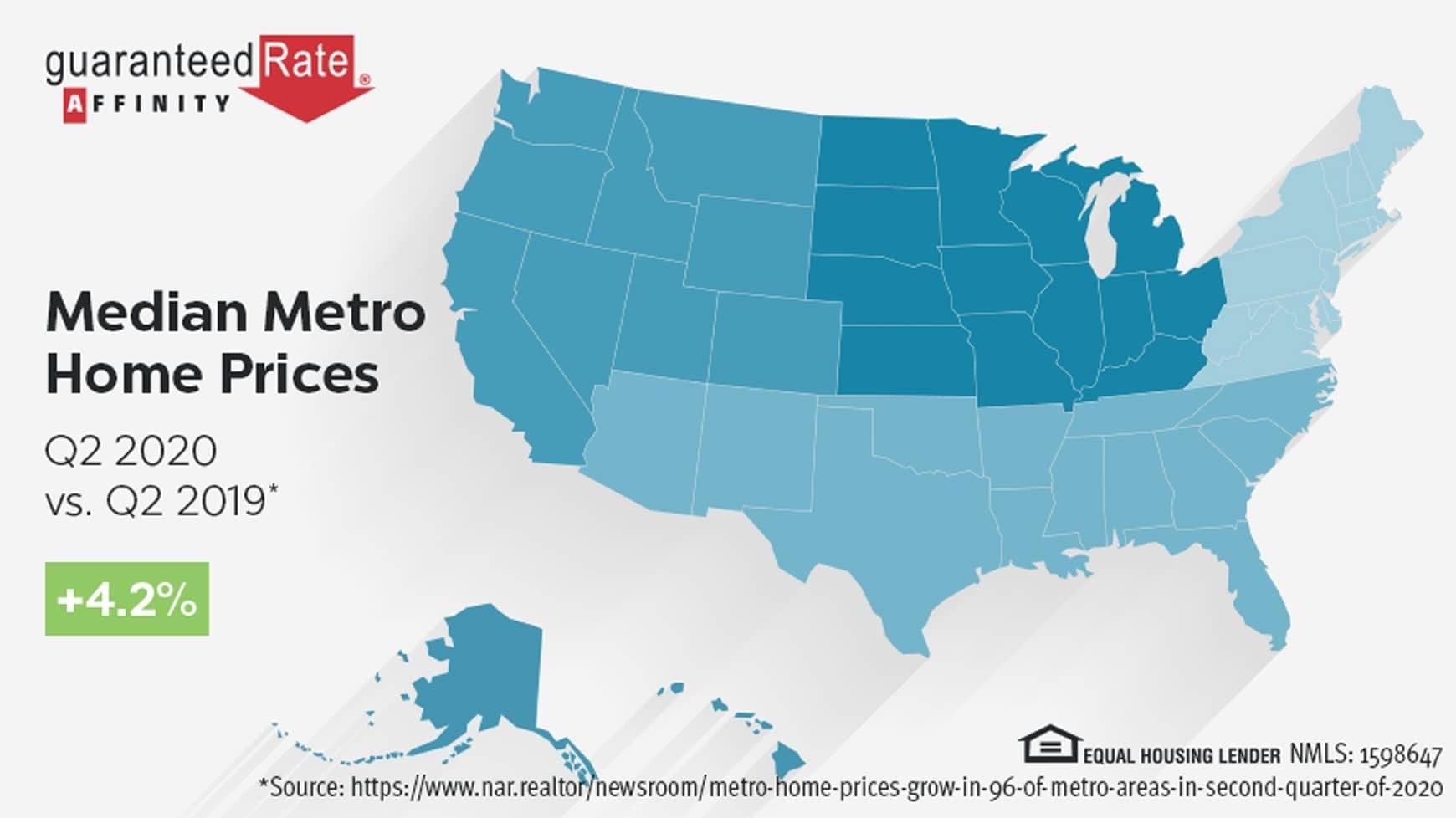 The national median existing single-family home price was $291,300—a 4.2 percent climb on a year-over-year basis—though this is still a slower pace of appreciation in comparison to the first quarter’s pre-pandemic rate of 7.7 percent.

“Home prices have held up well, largely due to the combination of very strong demand for housing and a limited supply of homes for sale,” explains Lawrence Yun, National Association of Realtors® chief economist. “Historically-low inventory continues to reinforce and even increase prices in some areas.”

A continued call for construction

Yun notes that while record-low mortgage rates will continue to attract new buyers, more homes are needed to combat diminishing inventory. “Unless an increasing number of new homes are constructed, some buyers could miss out on the opportunity to purchase a home or have the opportunity delayed,” he says. “In the meantime, prices show no sign of decreasing.”

The second quarter’s most expensive metropolitan areas include the following:

“This last quarter showed heavy buyer activity in less occupied areas when compared to highly populated cities such as San Francisco, New York and Washington, D.C., related in part to the longer shutdowns in these cities,” says Yun. “In the midst of the pandemic, some buyers are looking for housing in less crowded and more affordable metros.”

In approximately one third of measured metro areas, median home prices were below $200,000, including:

While home prices have been rising due to a lack of inventory, second quarter numbers report 1.57 million existing homes were available for sale at the end of the quarter—18.2 percent lower in comparison to last year. Meanwhile, the effective 30-year fixed mortgage rate averaged 3.29 percent in 2020’s second quarter—down from Q2 2019’s 4.08 percent average and Q1 2020’s 3.57 percent average.

“Although housing prices have consistently moved higher, when the favorable mortgage rates are factored in, an overall home purchase was more affordable in 2020’s second quarter compared to on year ago,” Yun explains.