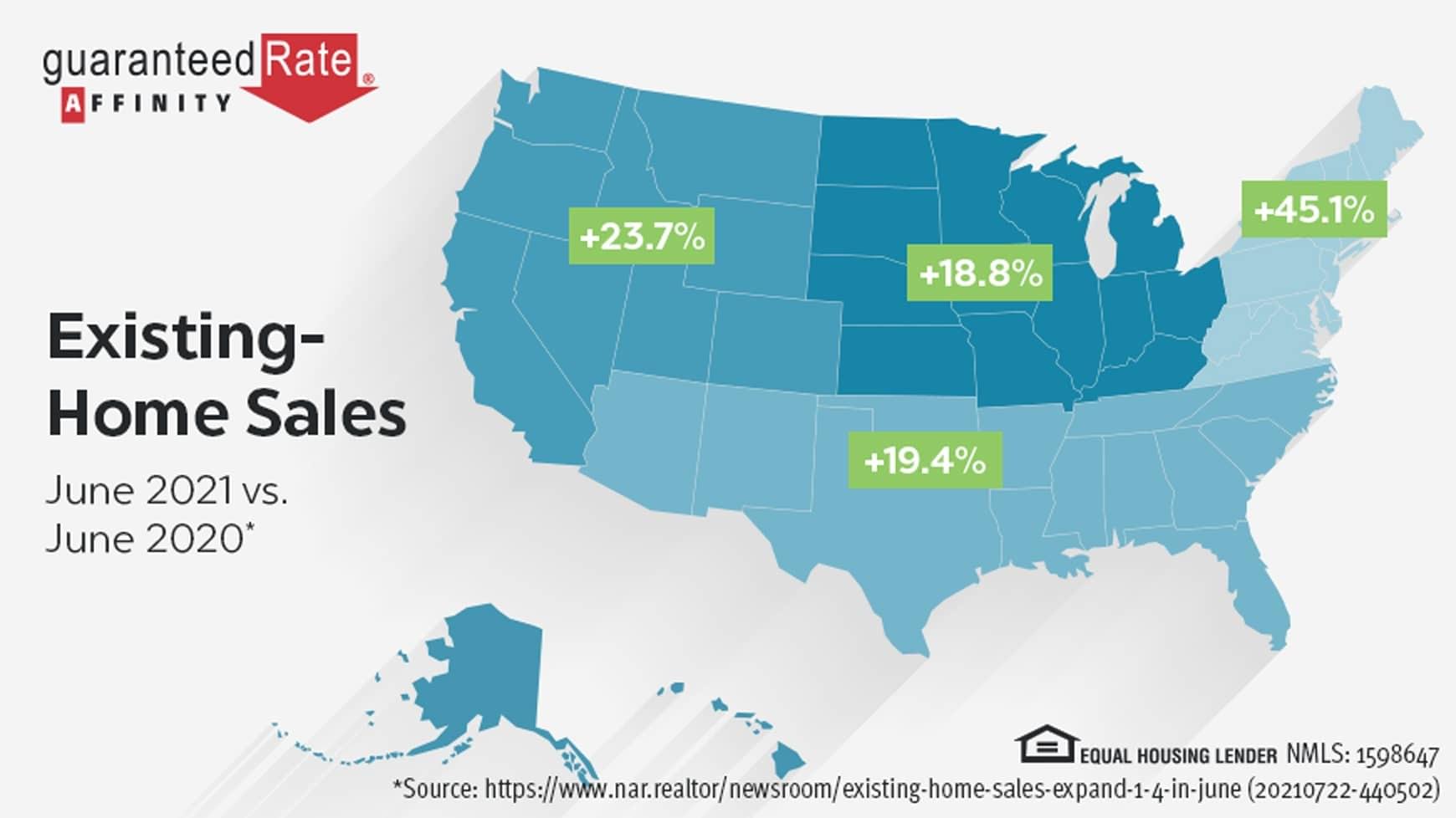 Shaking off a four-month slump, existing home sales rose in June, exhibiting modest strength in three out of the four national regions. In addition, home sales continued to show robust, double-digit gains on an annual basis.

While the annual numbers have been strong for a while, the uptick in monthly housing sales have many people wondering if this growth is part of a healthy new trend in home sales or merely an outlier.

A modest shift in supply is a key factor

In June’s housing report from The National Association of Realtors (NAR), chief economist Lawrence Yun pinpointed a couple reasons for market optimism. "Supply has modestly improved in recent months due to more housing starts and existing homeowners listing their homes, all of which has resulted in an uptick in sales."

There’s also continued good news—although somewhat tempered— for homeowners looking to sell in the current market. Added Yun, “At a broad level, home prices are in no danger of a decline due to tight inventory conditions, but I do expect prices to appreciate at a slower pace by the end of the year.”

Where does this leave first-time homebuyers?

While overall home sales did increase in June, not everyone was able to share equally in the fruits of homeownership. First-time homebuyers once again confronted structural barriers that left many of them challenged to obtain affordable housing.

“First-time buyers who need mortgage financing are being uniquely challenged with record-high home prices and low inventory," Lawrence Yun explained. "Although rates are favorably low, these hurdles have been overwhelming to some potential buyers."

Added NAR President Charlie Oppler, “NAR continues our conversations with policymakers and leaders from across the industry in an effort to boost housing inventory and increase access to safe, affordable housing for all Americans."

While it wasn’t universal, three out of four regions saw monthly gains in existing home sales in June, with only the South remaining unchanged. All four regions continued to demonstrate a robust increase in housing sales on a year-over-year basis as we see below:

The National Association of Realtors® is America's largest trade association, representing more than 1.4 million members involved in all aspects of the residential and commercial real estate industries.