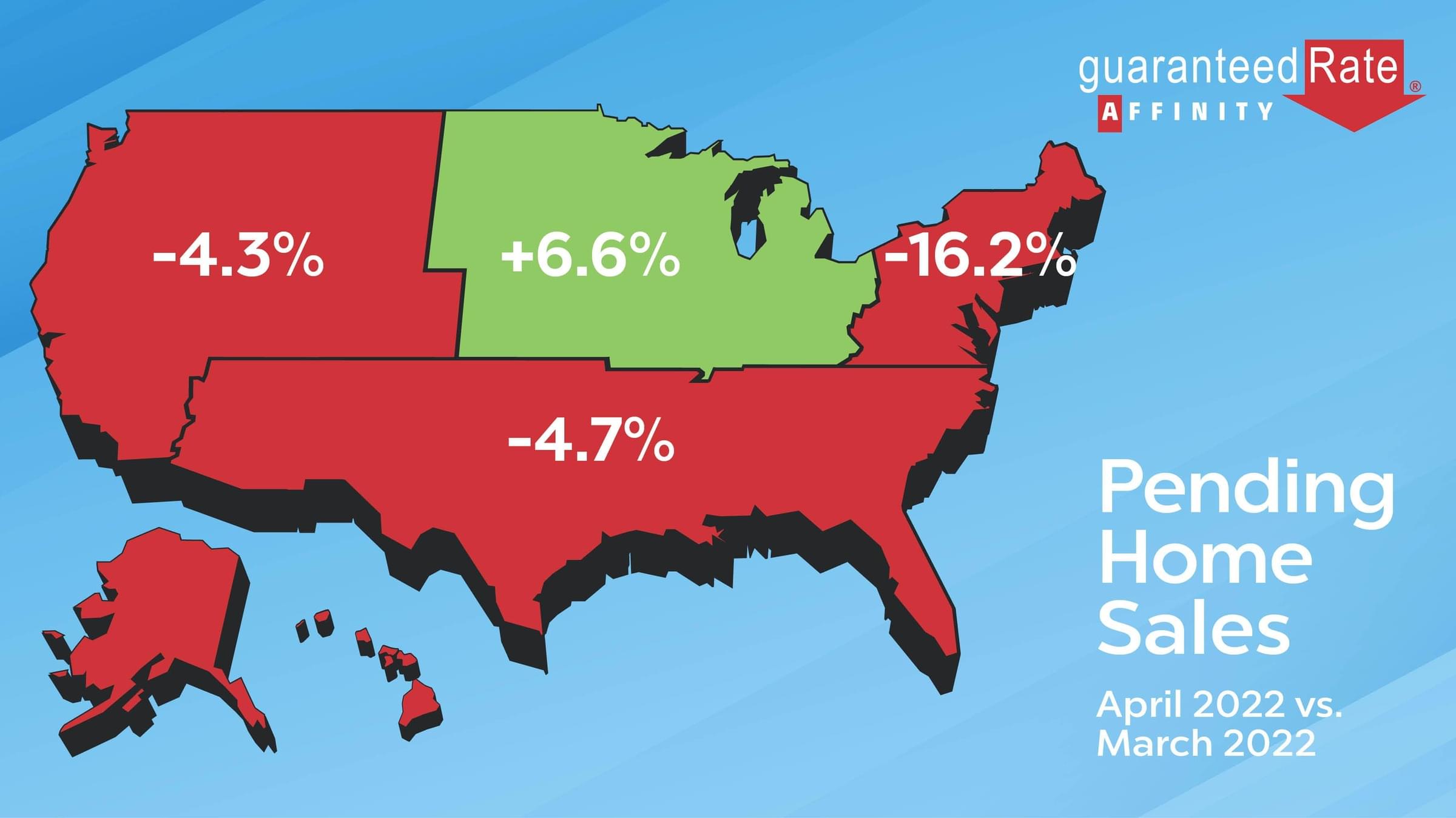 For the first time since April of 2020, at the onset of the pandemic when everything, including the housing market, went on lockdown, the Pending Home Sales Index (PHSI) has dipped below 100. Maintained by the National Association of Realtors® (NAR), the PHSI is an indicator of home sales based on contract signings where an index of 100 is equivalent to the level of contract activity in 2001.

"Pending contracts are telling, as they better reflect the timelier impact from higher mortgage rates than do closings," said Lawrence Yun, NAR's chief economist. "The latest contract signings mark six consecutive months of declines and are at the slowest pace in nearly a decade."

Contract signings nationwide were down 3.9% in April and represented a 9.1% drop in pending home sales from April 2021. Three of the four regions saw a drop from last month, with only the Midwest ticking up. All four regions were down from last year, however.

Home sales are currently being dragged down by a vicious one-two-three punch of rising mortgage rates, home price appreciation and concerns about inflation. Home buyers who may have been able to afford a home a year ago are now increasingly priced out.

"The escalating mortgage rates have bumped up the cost of purchasing a home by more than 25% from a year ago,” Yun notes, “while steeper home prices are adding another 15% to that figure." That’s in addition to the strain on monthly budgets that rising fuel and food costs are exerting.

It is a case of two groups of people with two different perspectives on the situation: those who have already bought a home and those in the market now.

"The vast majority of homeowners are enjoying huge wealth gains and are not under financial stress with their home as a result of having locked into historically low interest rates, or because they are not carrying a mortgage," Yun points out. "However – in this present market – potential homebuyers are challenged and thus may attempt to mitigate the rising cost of ownership by opting for a 5-year adjustable-rate mortgage or by widening their geographic search area to more affordable regions."

Indeed, adjustable-rate mortgages are seeing a rise in popularity not experienced since before the last housing crisis, and offer home seekers a cheaper way in to homeownership.

With all of these pressures on the housing market, Yun expects existing-home sales to slow down by 9% over the course of 2022. He also foresees home price appreciation to slow down to 5% by the end of the year, which, if true, could be good news for potential homebuyers not finding affordable homes right now.

"If mortgage rates stabilize roughly at the current level of 5.3% and job gains continue, home sales could also stabilize in the coming months. Home sales in 2022 are expected to be down about 9%, and if mortgage rates climb to 6%, then the sales activity could fall by 15%.

"Home prices in the meantime appear in no danger of any meaningful decline. There is an ongoing housing shortage, and properly listed homes are still selling swiftly – generally seeing a contract signed within a month."