Pending home sales up 5.2% in January 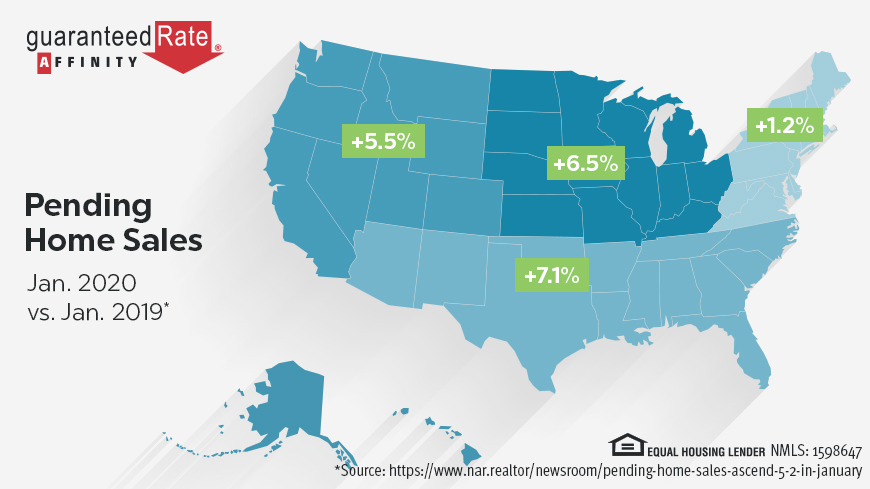 After December’s decline, January brought a welcome increase of 5.2 percent with contract signings growing to 108.8—increasing year-over year signings by 5.7 percent. For context, an index of 100 is equal to 2001’s level of contract activity.

Despite an increase in activity, inventory is still lagging, with December and January’s combined supply at the lowest level since 1999. “We are still lacking in inventory,” Yun explains. “Inventory availability will be the key to consistent future gains.”

Yun points out the year-over-year increases are a direct reflection of a strong desire for homeownership. The markets drawing strong buyer attention include:

“With housing starts hovering at 1.6 million in December and January, along with the favorable mortgage rates, among other factors, 2020 has so far presented a very positive sales climate,” notes Yun. “Moreover, the latest stock market correction could provide exceptional, even lower mortgage rates for a few weeks, and that would help bring about a noticeable upturn in the coming months.”

Year-over-year pending home sales were up in all four regions, and only one region reported a minor dip in month-over-month activity.