Pending home sales were down across the country, except out West, in January 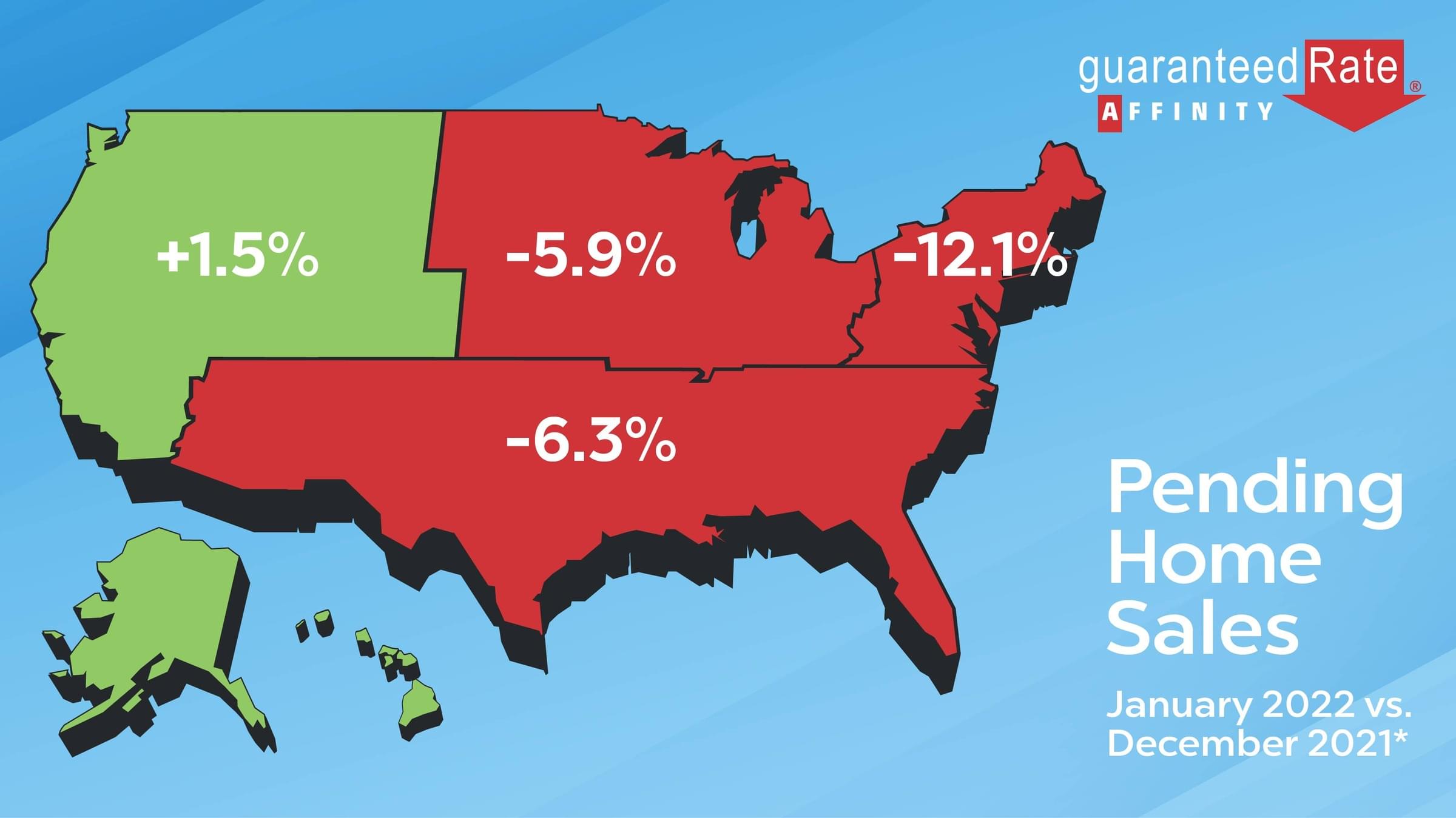 There are a lot of headwinds that combined to produce a lackluster January for pending home sales. Contract activity was down in three of the four regions, and down 5.9% nationwide, as potential homebuyers are dealing with persistent obstacles that we’ve been covering for a while now.

Rising mortgage rates, rising home prices and rising headaches caused by supply chain issues are all contributing to the third consecutive month of declining contract signings. Rates at the end of January were nearly .5% higher than they were in December. That’s not to mention the continuing problem of historically low inventory.

Perfect storm for a slowdown coming

“With inventory at an all-time low, buyers are still having a difficult time finding a home,” said Lawrence Yun, chief economist at the National Association of Realtors®. “Given the situation in the market – mortgages, home costs and inventory – it would not be surprising to see a retreat in housing demand.”

That pessimistic outlook is informed not simply by these trends in pending home sales, but also what’s happening in the larger world.

The invasion of Russian troops into Ukraine will likely upend economic markets around the world and here in the U.S., with a particular impact on global oil supply that will further entrench the effects of inflation.

The Federal Reserve has been telegraphing for months that it is likely to sunset its asset purchase program that it began in response to the pandemic. This will also likely set interest rates heading northward and affect homebuyers monthly mortgage budgets.

“There's also the possibility that investors may flee toward safer U.S. Treasury bonds, which may result in temporary short-term relief to interest rates,” Yun added. All this uncertainty will likely have a dampening effect on home sales activity in the near term.

Pending home sales across the regions

Three of the four regions reported decreases from December, and year-over-year numbers were down in all four of the regions.