December existing-home sales down, but yearly numbers highest since 2006 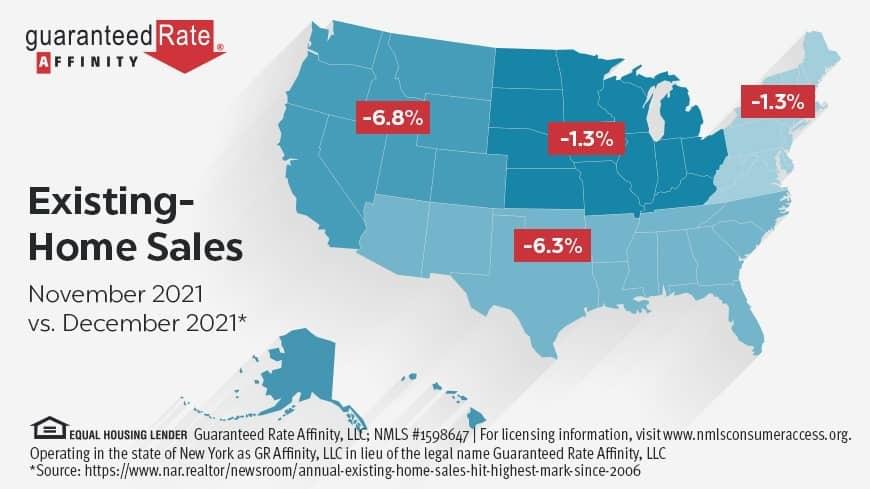 "December saw sales retreat, but the pullback was more a sign of supply constraints than an indication of a weakened demand for housing," said Lawrence Yun, chief economist at the National Association of Realtors®. "Sales for the entire year finished strong, reaching the highest annual level since 2006."

For the month, existing-home sales were down 4.6% from November. This was the first drop month-to-month after three months of gains and each of the four major regions contributed to these declines. Year-over-year, sales were down 7.1% since last December as completed transactions added up to an adjusted annual rate of 6.18 million last month.

Inventory at an all-time low

"We saw inventory numbers hit an all-time low in December," Yun went on. At the end of December, the total housing inventory was at 910,000 units, which equals a 1.8-month supply at the present sales pace. That is at its lowest point since January 1999.

That supply is down 18% from November and down 14.2% since last December. However, Yun sees reasons for optimism even with these historically bad numbers. “Home builders have already made strides in 2022 to increase supply, but reversing gaps like the ones we've seen recently will take years to correct."

With mortgage rates rising already in 2022, Yun can see existing-home sales starting to slow slightly in the next few months. But he’s optimistic that gains in employment recently, along with strict underwriting standards, will help ensure that home sales won’t crash.

"This year, consumers should prepare to endure some increases in mortgage rates," Yun cautioned while saying that he thinks they top out under 4% this year. "I also expect home prices to grow more moderately by 3% to 5% in 2022, and then similarly in 2023 as more supply reaches the market."

"We saw inventory numbers hit an all-time low in December," Yun said. "Home builders have already made strides in 2022 to increase supply, but reversing gaps like the ones we've seen recently will take years to correct."

Existing-home sales down across every region

All four regions saw decreases from November, and year-over-year numbers were down as well. Each region saw an increase in median price for homes compared to this time last year.