Where home prices are cooling off and where they aren’t 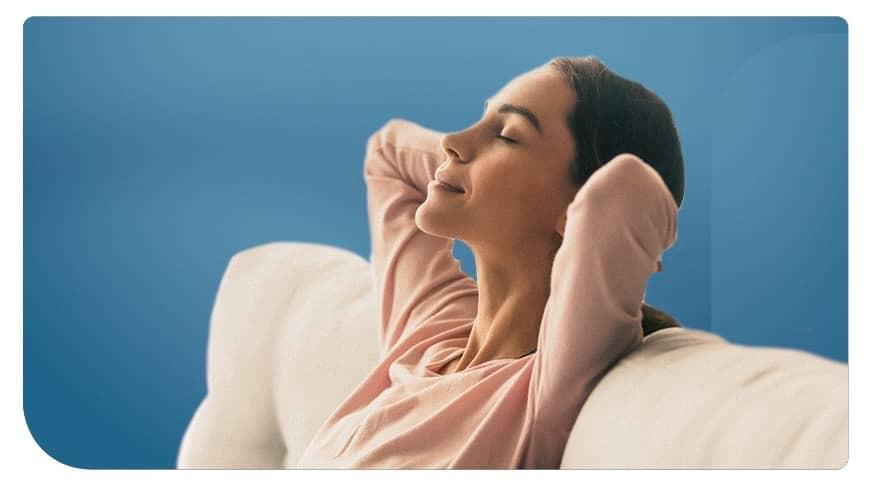 If there’s been one constant in the U.S. housing market over the past two and half years it would have to be the seemingly universal ascent of home prices. Mortgage rates have shifted dramatically (in both directions), buyer interest has alternately intensified and receded, but home prices have only known one direction: upward.

Recently, however, even this narrative has undergone a degree of transformation as home prices in some cities and regions have begun to cool. Naturally, this comes as welcome news to legions of homebuyers–especially first-time homebuyers–who have at times felt shut out from a purchase process that can seem to favor those with deeper financial resources.

With affordability always top of mind in the housing market, this new direction holds out the promise of anointing a fresh wave of homeowners, while still garnering plenty of value for current sellers who are flexible with the asking price.

Of course, this newfound reduction in home prices produces an array of questions: Why is the cooling in home prices happening now and where is it most—and least—prevalent? Is there a clear, repeatable set of factors that is dictating the rise and fall? Or is it simply a product of an overheated market that’s exhausted the high altitudes of pricing and is finally returning to more moderate valuations?

Let’s take a deeper look at what’s happening with home prices and try to find some answers.

What cools a market anyway?

When we seek to understand trends in the housing market we always first look to macro economic data. Just how is the economy affecting buying and selling behavior?

It starts with a pandemic and a very hot market

It’s instructive to take a moment to revisit the upheaval in the U.S. housing market over the past 2+ years. Beginning in March 2020, there was the COVID-19 pandemic that dramatically changed the way Americans relate to habitable space and, therefore, the size and location of their home. This was particularly evident for the multitude of professionals who quickly transitioned to remote work and began looking for larger homes where they could acquire a home office and other amenities to suit their lifestyle.

At the same time, to reduce market volatility, keep credit flowing and limit economic damage during this unprecedented event, the federal government began purchasing mortgage-backed securities in significant quantities, causing mortgage rates to plummet and the housing market to explode. This led to higher home prices as increased competition for available housing asserted a steady, upward pressure. This is what heated up the housing market.

Fast forward two years and we find ourselves in an entirely different economic climate. It should come as little surprise that both the rise in inflation (as of this writing near 8.5%) and the uptick in mortgage rates (hovering above 5% since April) have hugely impacted the housing market and the sentiment of would-be homebuyers.

Only a year ago, mortgage rates were still making headlines for being in the vicinity of 3% for a 30-year fixed-rate loan, fueling bidding wars and almost guaranteeing that sellers received their asking price—or more. However, according to Redfin, with fewer Google searches being recorded for “homes for sale” and a reduction in home purchase applications being filed (down 24% from June 2021), it’s clear that some potential homebuyers are sitting on the sidelines, waiting for a more appealing entry point into the marketplace. And when enough of them wait, markets cool.

The housing market is also incredibly reactive to supply and demand. Not enough housing? That feeds into a hot market where dwindling inventory ratchets up competition leading to higher prices. Is there a noticeable uptick in new construction? If other factors align, this can help cool the market. Available housing for purchase is a crucial “temperature” gauge.

When rates go up

These are precisely the kind of financial distinctions that can sway a homebuyer. Is it any wonder that many have been holding their breath waiting for a market cool off?

Where home prices are cooling off

The key fact to know is this: While some cities and regions are experiencing a clear reduction in home prices related to the above-mentioned factors, many others have seen little or no cooling. Supply and demand has a way of imposing its own logic and there are areas—cities, suburbs and sought after zip codes—where sticker prices have yet to measurably moderate.

We’ll look at those places in a moment, but right now let’s tick through some popular areas that have begun to cool off and become more affordable. Interestingly, the top cities for falling prices are all located on the West Coast, according to a recent Redfin study.

Home to Silicon Valley and its many tech workers, San Jose has for a long time seen home prices skyrocket. However, recent statistics reveal that the city is cooling faster than any other, with homebuyer demand and competition decreasing appreciably.

This has been in large part due to a 10% year-over-year uptick in the housing supply—welcome news after that same metric showed supply was down 43% just months earlier. Homes are also taking longer to sell, a sure sign that the market is readjusting and sellers will need to be more flexible with their asking price.

If you’re curious about living in San Jose, take a deeper look with the help of Guaranteed Rate Companies market data.

Northern California seems to be the epicenter of the market cool off, and these two cities are a testament to that.

Sacramento lies within the interior of the state not too far from the Nevada border and Stockton is approximately 50 miles south. Both metro areas have seen their housing markets undergo a cooling in recent months even as mortgage rates have continued to climb. It’s a tradeoff for sure, but with an increase in supply and a decrease in competition, many houses are being sold below the initial asking prices—which is good news for homebuyers.

According to Redfin, The housing market in the Bay Area is also cooling off rapidly. With mortgage rates approaching 6% in some areas, demand has slowed, forcing the median home prices to fall. Oakland is number three on the list and San Francisco comes in at number 10.

While seasonality must be taken into consideration when it comes to judging the relative “hotness” or “coolness” of a given metro region, recently collected data for the study confirmed that there were fewer people searching online for homes, contacting real estate agents and applying for mortgages than a year ago. Stock market volatility is a contributing factor (many tech workers have seen their portfolios decrease precipitously over the last six months) but so too is the asking price of homes. When coupled with skyrocketing mortgage rates, these factors are convincing many upper-income earners to take a pass for now.

When even the wealthy homebuyer is taking a seat, it’s a sign that home prices need to come down to better meet the moment.

The dynamic here is not too different from San Francisco, Oakland and San Jose: A city populated by well-paid tech workers and defined by ever-escalating home prices is finally at a tipping point. Seattle is presently undergoing a pronounced cool off, as both sellers and real estate professionals realize that the ultra-high asking prices that characterized the pandemic era can no longer be attained.

While some observers might see this as simple regression to the mean, there is more at play with reduced competition, high interest rates and a (modest) uptick in inventory helping to carve out a new narrative. Home prices had previously been on a tear, but an examination of current listings reveals that homes are sitting longer without buyers. Specifically, more than twice as many single family homes were for sale at the end of July 2022 as compared to a year ago.

When homes take longer to sell, it’s a clear indication that competition has decreased and asking price might need to be adjusted downward to move a property. This is a positive development for homebuyers who want to buy now and who are looking for any financial tailwinds to offset the uptick in mortgage rates.

Other regions where cooling has been detected

Boise, Denver and Tacoma (along with other cities like San Diego and Austin) filled up with remote workers happy to depart more expensive locales and set up shop–or in this case home–in cities with a less expensive cost of living during the pandemic. The result was something conducive to all parties: Sellers experienced an increase in valuations, buyers enjoyed the fruits of homeownership and local communities and business thrived by engaging with a new generation of homeowners.

However, this new influx of buyers—and the overheated competition that it produced—inevitably forced home prices into previously uncharted regions. While all-time-high valuations are certainly appreciated, in some instances it does beg the question of whether or not home prices ascended too high, too quickly—and what comes next if a recession were to hit.

These are legitimate concerns but risk remains low at the present time for any dangerous reverberations. The housing market is healthy, and unlike 2008, no serious analyst thinks we are in a housing bubble.

As mentioned earlier, there are plenty of regions that have yet to see home prices cool down in a significant way. Albany, NY, for example, has cooled slower than any other metro market, when taking into account buyer demand, competition, inventory and other factors.

Speaking directly with regard to inventory, as of May of 2022, Albany’s supply of available homes for sale was down 19% year over year. And the share of homes for sale that went off market within two weeks (a prime indicator of accurate pricing) was up an estimated 2% over the same time period.

Takeaway? The housing market in places like Albany hasn’t sufficiently cooled to reduce buyer demand and therefore home prices. This remains true for the other cities on this list as well. Interestingly, these metro areas are generally considered affordable so they may not need to cool down as much as sought after areas like San Francisco and San Jose, or boomtowns like Boise and Tacoma.

Regardless of current temperature, the housing market is fluid and we should always expect change as demand fluctuates, inventory increases and sellers take the initiative to reduce asking price to better accommodate today’s homebuyers and increase the likelihood of an expeditious sale.